Shopping Cart
Your Cart is Empty
Quantity:
Subtotal
Taxes
Shipping
Total
There was an error with PayPalClick here to try again

Thank you for your business!You should be receiving an order confirmation from Paypal shortly.Exit Shopping Cart

(Foals for Sale are listed under "Our Foals" page

"Cosmo" 2017 Bay AQHA Filly. Born May 26, 2017. By CHIPS INVESTEDZIPPER and out of INVESTMENT GRADE! This filly has a wonderful pedigree (including Promote This Chip, Zips Chocolate Chip, The Big Investment, Impulsions and The Invester). Long legs and a wonderful personality. She will be a great one! 5 panel N/N. Her pedigree can be seen here: http://www.allbreedpedigree.com/zips+first+investment 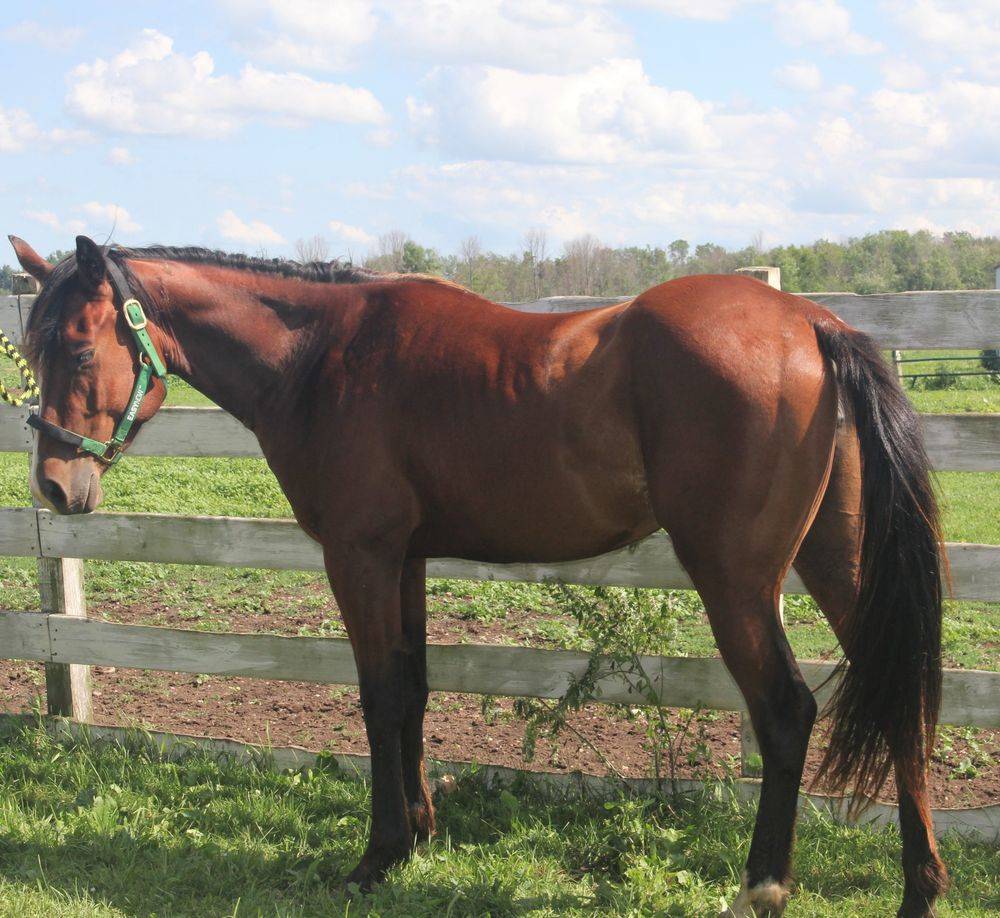 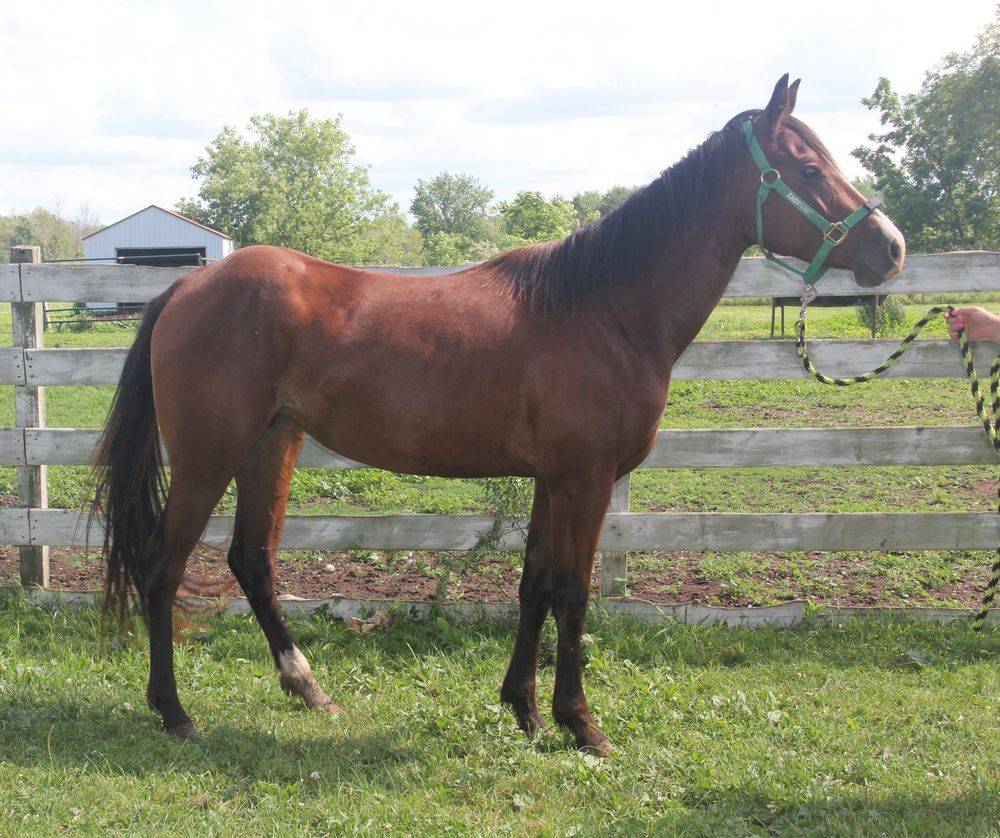 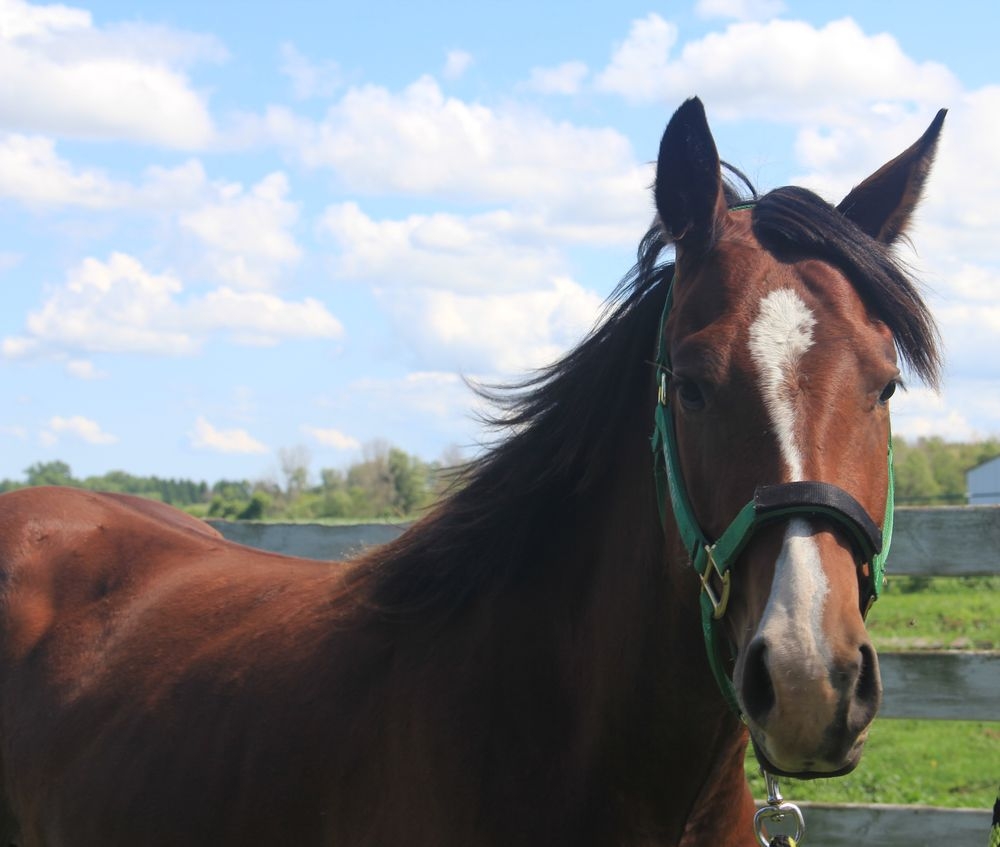 AQHA Buckskin gelding. He is by Heza Cool Fella (shown below) and out of Dreamin of Gold Bars. He can also be registered IBHA/ABRA/PBR. He has very correct conformation and beautiful coloring. "Buster" is going to be a wonderful both in Halter and Performance. 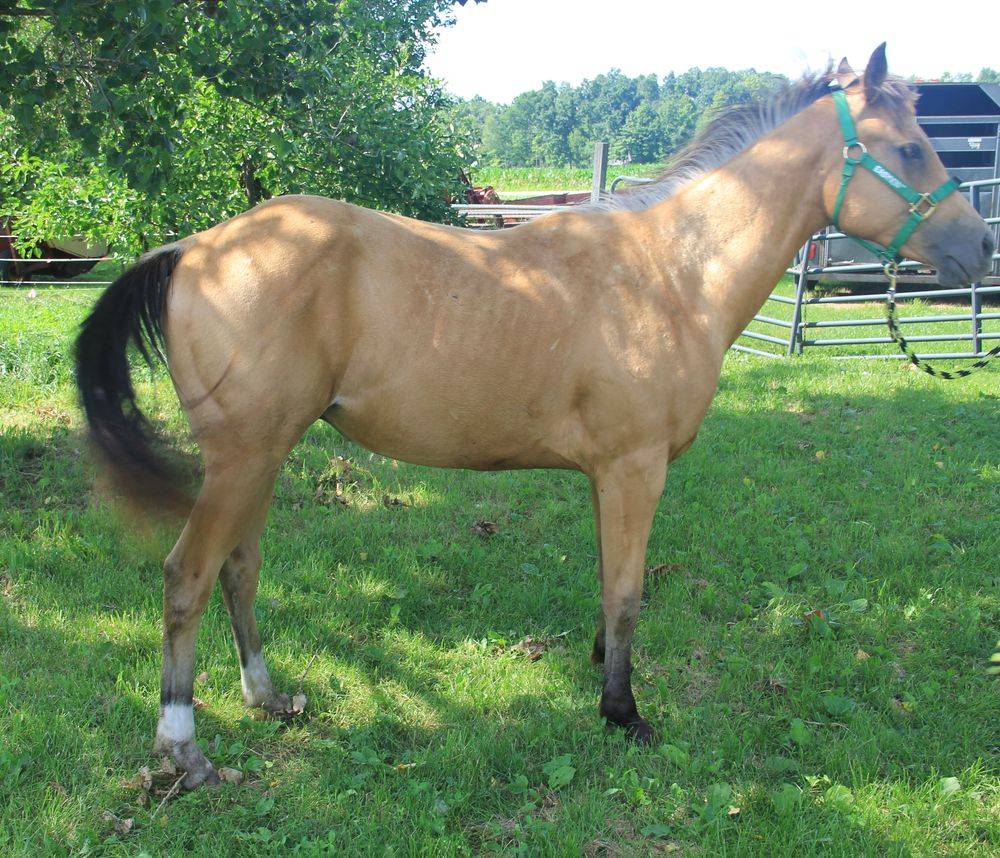 As a yearling, "Gunner" earned his AQHA Open Halter ROM with multiple Grand and Reserve Championships. He was an AQHA World Show Qualifier, and the Reserve Champion at the MQHA Futurity in Open Yearling Stallions.

He made his way back to the show pen in 2016 and he earned his ABRA ROM his first weekend out and then followed that up with an IBHA WORLD CHAMPIONSHIP in Open Aged Halter stallions, a Grand Championship in Amateur Stallions and Reserve Championship at the 2016 All American Buckskin Horse Congress. In 2017 he returned to the All American Buckskin Horse Congress and brought home unanimous Grand Championships in both Open and Amateur Halter.

Gunner is not only a World Champion himself, he is also a World Champion SIRE. The consistency he throws in his foals is incredible! All of his babies possess very pretty heads, great toplines and excellent legs.

(Great-Grandson of The Invester)

Pictured here as a 2 year old, Zippy is Bay with chrome. Very calm, good-minded horse. Very nicely built. Looks just like his Grandpa (Zips Chocolate Chip)! His first foal is on the ground as of May 26, 2017.

Zippy's pedigree is full of winners, see his pedigree here: http://www.allbreedpedigree.com/chips+investedzipper. Please contact me at [email protected] with any questions you may have. I will be happy to answer any questions!! to edit text

1993 AQHA Sorrel/flaxen Mare. This mare is in great shape and has many more years left in her! She will be used in our lesson program in 2018. She is wonderful on trails and has been shown by children.

2008 Chestnut AQHA Show Gelding. He rides Western, Hunt Seat and Bareback, and has been shown on the AQHA Circuit in Western, Hunt Seat and Showmanship, accumulating 9.0 pts in Youth and Amature. Has also jumped and cut cattle (just for fun). He is a wonderful horse with a great personality! He does it all and he also trail rides. Currently being shown at open shows by youth and adult riders. Show him on the Circuit during the day, and trail ride him at night. Please contact me for additional pictures and videos. Worth every penny of his price tag and then some!

Last Chance! Will only be available until November 14th! Price reduced! 6 year old solid Appaloosa gelding. Very pretty. He is a very sweet horse and is going to be a great show horse. He currently rides Western and has been on trails. He is walk/trot ready, but needs more work on the lope. Gets along great with other horses, ties, clips, loads and trailers well. Just needs more time and miles. Will be adding more updates as they become available. See videos below.

This filly will excel, she has an excellent pedigree, which includes Zips Chocolate Chip, Iron Enterprise and Natural Iron, and goes all the way back to Poco Bueno, King, Joe Reed and Leo. Granddaughter of Zips Chocolate Chip and Iron Enterprise. Her bloodlines speaks for themselves. She has been handled daily since birth and is a sensible quiet filly. She leads, ties, cross ties, blankets, has been lunged, fly sprayed and trailered, is used to kids, dogs, llamas, donkeys, tractors, ect. She is good with other horses and can be stalled or outside. She is going to make someone an awesome horse. Very flashy Sorrel with very thick Flaxen mane and tail. Incentive Funded. Should mature to at least sixteen hands. Don't miss out on her!

Nice 13 year old Bay Morab mare, registered Pinto. Ridden by children and adults. Ridden Western and Hunt Seat. She is a nice mare and needs her own person to love her and work with her. She has been through several homes and really needs her own person. She is a loving horse, but cautious. Does not tie well. Is good for vet and farrier. We have used her mostly for arena work. She would make someone a really nice trail horse or a beautiful show horse with work. Will only sell to experienced horse person.

Caddy is a 16 hand, 19 year old ASA bay mare. She is a retired Class A show mare. She was previously shown in 5 gaited saddleseat classes and pleasure driving. She is a very sweet horse and does not show her age. Ridden by adults and children. She ties, cross-ties, bathes, is good for vet and farrier. Is used to traffic, tractors, 4-wheelers, dogs, poultry, llamas, donkeys and mini horses. She would make a wonderful broodmare and has wonderful bloodlines. Or use her for a lesson horse.

8 year old registered Silver Bay AMHA 31" mare. She has excellent ground manners. Is the best broodmare! She breeds and foals easily and allows you to handle her foals right away. Is just the sweetest mare. Has been used for 4-H for halter and showmanship, and is broke to ride.

6 year old 16 hand APHA gelding - solid black with star. He is a wonderful horse. Ridden by children and adults, western and hunt seat. He will do whatever is asked of him. Has been on trails and has been jumped a few times (just for fun). He ties, cross-ties, bathes, is good for vet and farrier. Is used to traffic, tractors, 4-wheelers, dogs, poultry, llamas, donkeys and mini horses. We have not had the opportunity to show him yet, so don't miss your opportunity to buy him.

19 year old registered Palomino AQHA mare. Registered both AQHA and PHBA. This is a retired Class A Western Pleasure show horse who is now just being used for breeding. She would make someone a great lesson horse for children. She may have a couple years left as a broodmare also. She has an exceptional pedigree, is an easy breeder and foals easily. A very sweet horse.

6 year old 16 hand APHA gelding - solid black with star. He is a wonderful horse. Ridden by children and adults, western and hunt seat. He will do whatever is asked of him. Has been on trails and has been jumped a few times (just for fun). He ties, cross-ties, bathes, is good for vet and farrier. Is used to traffic, tractors, 4-wheelers, dogs, poultry, llamas, donkeys and mini horses. We have not had the opportunity to show him yet, so don't miss your opportunity to buy him.

Durango is a wonderful little mini. He is 3 years old and 32" tall. He is currently green broke so will need more time with an experienced rider. He has wonderful ground manners but is a little hard to catch. He was originally a rescue pony, so he is timid until he gets to know the person. He needs his own person to love him. Loves to be brushed. He ties, cross-ties, bathes, and fly sprays. Is used to traffic, tractors, 4-wheelers, dogs, poultry, llamas, donkeys and mini horses. Would make a nice little show pony with some more work, or will make someone a wonderful pet.

8 year old 16 hand Grey registered AQHA gelding. This guy will do whatever you want of him. He has been trail ridden extensively by both beginners and experienced riders. He has quite a personality and is a character. Definately an in your pocket horse! Ridden by adults and children. He ties, cross-ties, bathes, clips, is good for vet and farrier. He loves everyone. Is used to traffic, tractors, 4-wheelers, dogs, poultry, llamas, donkeys and mini horses. If you are looking for a bigger horse that is safe, this is your guy!

9 year old Silver Dapple Pinto AMHA gelding. This guy is 34" and does it all. He rides western, does speed events, halter, showmanship, trail rides and drives. He has even been used for a few jumps. The kids have had a blast with him over the years, but it is time for him to find a new child to teach and have fun with. He has been used extensively for 4-H. He ties, cross-ties, bathes, fly sprays, stalls, clips, loads and trailers, is good for vet and farrier. He loves children. Is used to traffic, tractors, 4-wheelers, dogs, poultry, llamas, donkeys and draft horses. Nothing bothers this guy! Has been used by small children to teens.

15 year old black Shetland pony mare. Ridden extensively by children. She ties, cross-ties, bathes, clips, loads and trailers and is good for vet and farrier. She loves children. Is used to traffic, tractors, 4-wheelers, dogs, poultry, llamas, donkeys and mini and draft horses. She has foaled in the past. She has been shown in 4-H, Halter, Showmanship, Hunt Seat, Western, Speed, Costume Class and Trail. This is an awesome pony don't pass her up!

10 year old mare. Rides Western and Hunt Seat. Ridden by adults and children. She ties, cross-ties, bathes, is good for vet and farrier. She loves children. Is used to traffic, tractors, 4-wheelers, dogs, poultry, llamas, donkeys and mini horses. Has been used extensively for trail riding. Use her or breed her! Rides better for children than adults.